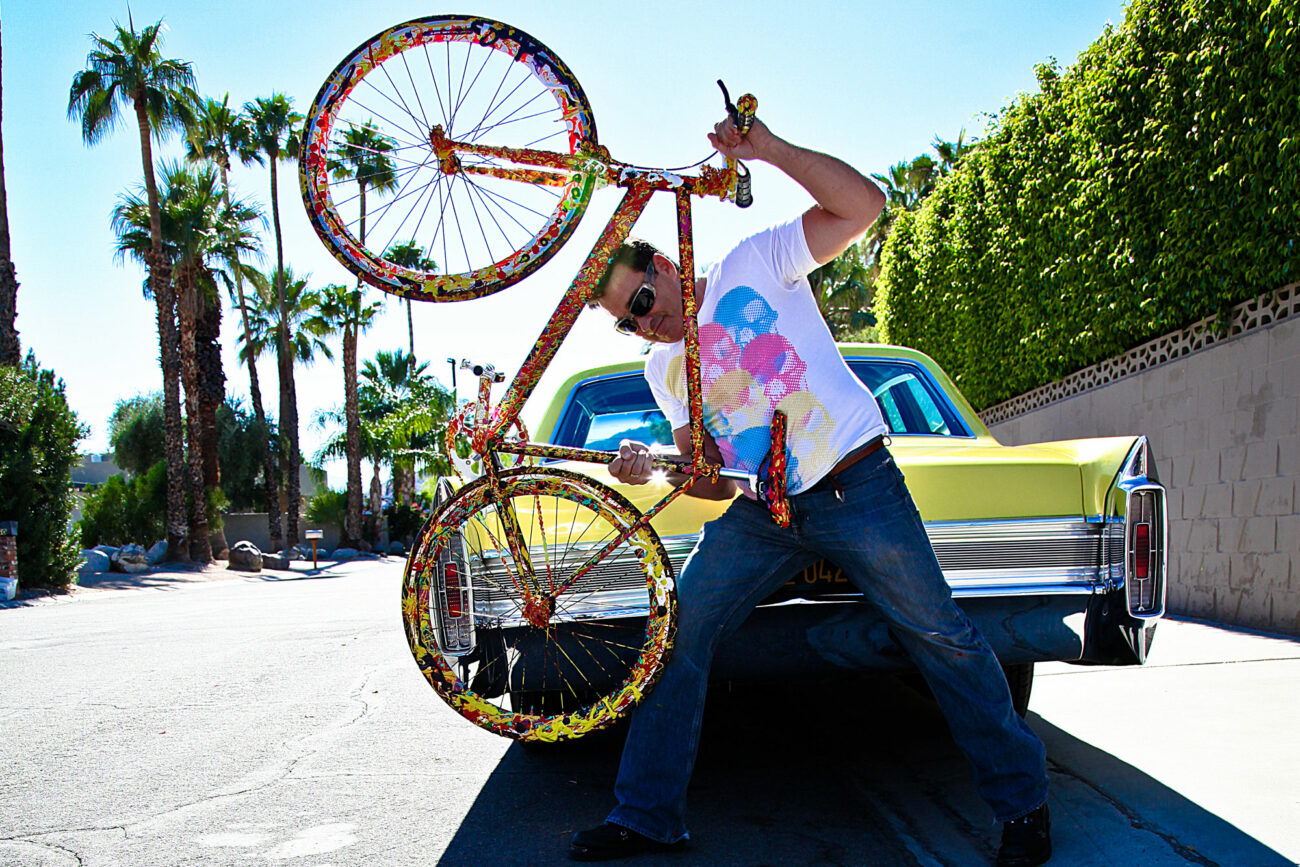 Jack Armstrong has been painting since he was 5 years old. After arriving in NYC in 1979, he became friends with Andy Warhol, Jean-Michel Basquiat & Keith Haring. In 1984 after turning down a solo exhibition with Castelli Gallery in NYC, Mr. Armstrong has maintained his revolutionary anti-dealer stance and has never been represented by a dealer.
Between 1994 & 1997 Mr. Armstrong repurchased his early work and destroyed all paintings, vowing to create a new style for modern art. Between 1999 – 2000, Mr. Armstrong founded “Cosmic Extensionalism” revolutionizing modern art. Armstrong’s use of extreme color, texture and light with words magically appearing at different angles in the paint. This allows viewers to experience universal cosmic energy, coexisting with Armstrong’s belief in inter planetary and multi-dimensional extensionalism. It becomes the foundation of his revolutionary work.
Mr. Armstrong’s total output include 100 Cosmic ‘X’ paintings, plus the most valuable motorcycle, bicycle and cowboy boots in the world.